Archive for the tag “bike tour in Florence”

Want a fun way to get a quick orientation to Florence? Try a bike tour.

On our recent trip to Italy, my travel companions, Carol, Christine, Inger-Anne, and I joined three others travelers and our tour leader, Valentina, for an exhilarating early evening bike tour around Florence. Not only did we get a general orientation of the city on the bike ride, we got a little exercise and made some new friends.

Florence has a flat landscape, so the challenge level of our tour was just right. The evening tour lasted two-and-a-half hours and covered eight kilometers. In a bold and innovative move in 1988, the leaders of Florence banned all cars from the center city streets making them safer, not only for pedestrians, but also for our little bike tour.

The only mishap on our tour occurred early in the trip just a few blocks from the bike tour office. Christine’s bike threw its chain, and our intrepid, multi-talented tour leader, Valentina, after first attempting to fix it, quickly wheeled the bike back to the shop for a replacement. The rest of us chatted in a traffic-free alley; that is, until a horse and carriage driver came along and offered us a ride home. We declined. 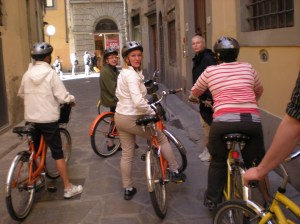 Minutes later, Valentina returned with a new bike for Christine. We continued on our journey, stopping at various points to hear important information about historical, political, cultural, and economic events, structures, and artifacts of Florence. 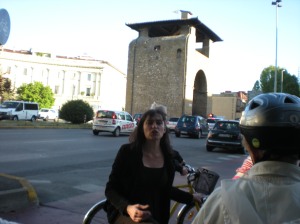 As we were were riding through Florence, hearing those famous and notorious historical names, I couldn’t help but remember my Gordon College history professor, Dr. David Franz, our European Seminars, and my first European traveling companions. That was exactly 50 years ago!

Valentina led us first to the Piazza del Duomo, one of the most popular tourist spots in Florence. This piazza was a bit crowded with tourists, so we had to use our little ta-ling, ta-ling bike bells to warn pedestrians of our presence.

The Cathedral Santa Maria del Fiore (Holy Mary with Flower) dominates the Piazza del Duomo. The original church on this spot, the Santa Reparata, was built in the fourth century but razed in 1296 to make way for the current cathedral. The cathedral’s huge dome, designed by Filippi Brunelleschi in 1420, took twenty-six years to finish and is a major architectural achievement. The Campanile (bell tower), designed by Giotto in 1334, was completed in 1359. The cathedral’s red, white, and green marble facade was finally completed in 1887. This cathedral has a long history!

We parked our bikes for a few minutes while Valentina pointed out the “Gates of Paradise,” the East Doors to the Baptistry, designed by Lorenzo Ghiberti in 1421 to mark the end of the great plague that killed so many Europeans. These doors featured new design ideas, replacing the Florentine Gothic style and opening a new period in history: the Renaissance. The doors depict ten major biblical events. 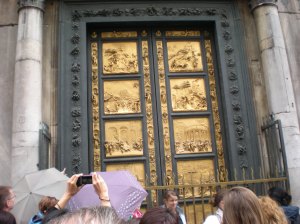 At one point on our tour route, a crowd gathered at a busy corner on both sides of the bike path. They waved their jackets and cheered us on as though we were Olympic champions on our final push to the finish line and our gold, silver, and bronze medals. Wish I had gotten a picture of that!

We stopped on a bridge crossing the Arno for a group picture (sans Olympic awards), then rode along Lungarno Torrigiani towards the Ponte Vecchio.

Valentina pointed out the high-water mark, 19.5 feet above street level (the white bar above the arched window of Vittorio Cuoio D’Arte Fiorentina) from the Arno floods of 1966 that caused significant damage and loss to irreplaceable art treasures. Restoration of some of those art treasures continues even today. 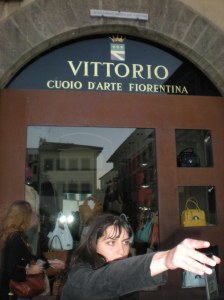 At the Ponte Vecchio, the oldest existing bridge in Florence, and the only one to survive WW II bombing, we politely walked our bikes through the crowd strolling amongst the gold and silver shops. We definitely planned to visit this unique and bustling spot again and mayby even leave a few euros there.

Next we headed to the Piazza della Signoria where we saw the Medici Palace, the Uffizi Gallery, and the original statues at the Fountain of Nepture (Bartolomeo Ammannati, 1575), as well as a copy of Michelangelo’s David at the entrance to the Palazzo Vecchio. (The original 17-foot-tall David is located in the Galleria dell’ Accademia, to be visited on another day; a second copy of David is in the Piazzale Michelangelo on the other side of the Arno River.)

The very powerful Medici family ruled in Florence from 1434 until 1743 with brief interruptions. They were patrons of the arts and commissioned some of the great Renaissance works that are now housed in the Uffizi Gallery. Across the Arno River, the Palatine Gallery at the Pitti Palace holds more medieval and Renaissance paintings.

The kingdom of Italy was established in 1861 with King Victor Emmanuel II. Florence became its capitol. (Rome was still under Papal control but became the capitol city in 1870.)

After a number of turbulent years (including World Wars) Italy became a democratic republic in 1946. Twelve million voters rejected the monarchy in a referendum.

The political, religious, and economic aspects of Florentine history are so intertwined. It is fascinating to dig into the details, but it can also become quite confusing! 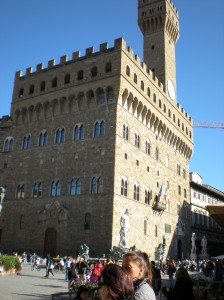 Perseus holds the head of Medusa (Cellini, 1554) in a gesture of conquest, a warning to enemies  of Cosimo I: “Beware this will happen to you.” Near Perseus, numerous ancient Roman statues stand in the Loggia dei Lanzi (di Orcagna, 1382).

At dusk, we arrived at the Piazza della Republica, the exact center of Florence. Here Valentina showed us a cast iron map of old Florence and pointed out where we had ridden on our bike tour. Across the piazza we saw a marvelous merry-go-round giving rides to children and care-free adults . 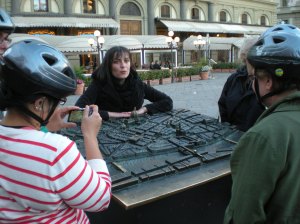 Minutes later we parked our bikes, said good-bye to Valentina, then wandered through cobbled alleys back to the Piazza della Signoria on our way to the train station. We saw and heard the ubiquitous musical groups beginning their evening performances. The lights of the piazza, the sounds of the merry-go-round, and the musicians contributed to the pleasant after-glow feeling we had about our bike tour in Florence. Thanks, Valentina! The bike tour was fun and very educational. You did a great job!

Christine Kolstad photo of the Arno River at sundown.

All in all, this bike tour was our favorite activity in Florence. Try it if you travel to Florence.

For a brief video on this bike tour, click here.  (Look at the right hand side panel for the small video window, then click on it.)

V is for Va-ca-tion in Italy

The other day I mentioned that serendipity is one of my favorite words. Here is another word I love: vacation. Say it slowly and listen to all of its sounds: va–ca–tion. Lovely.

Of course, one could say that I am on vacation all the time since I am retired. But no, that’s not true. Time gets filled up with the essentials of living after you get your official AARP card! How did we do all this before we retired?

This Saturday in Florence, I will meet my sister-in-law, Carol; my niece, Christine; and her friend, Inger. Then we are off to our villa in Positano, Tuscany for a week. The villa is close to San Gimignano, a well-preserved medieval town. We hope to visit  San Gimignano at sunset before we retire to recover from jet lag, then visit it again on Sunday. 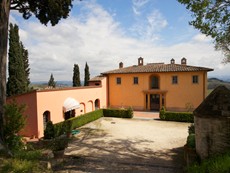 From Positano we will make day trips to visit various small towns in the region. On one long day trip from our villa, we will explore the Italian Riviera, Pisa, Livorno, and Volterra.

Other towns we plan to visit: Siena, Lucca, Chianti, Montepulciano, and of course, more time in Florence.

In Florence, we will do a bike tour to get our orientation to the city, before spending time over two days to visit the Uffizi, the Pitti Palace and Boboli Gardens, the Ponte Vecchio, Galleria dell’Academia to see the statue of David, and any other sites we can work into the schedule. Of course, cafes, market places, and trattorias are on the schedule, too. I’m afraid we will be typical tourists in the sense that we will try to cram in as much as we can see in a short visit.

On Saturday, Carol and I will leave for Rome by train. Christine and Inger will head back to their homes in Norway.

In Rome, we’ll take the hop-on, hop-off bus to get a general orientation to the city, then over the week’s time, we’ll visit the Roman Forum, the Coliseum, the Pantheon, the Vatican and the Sistine Chapel. We will take a day trip to Pompeii later in the week. Our hotel in Rome, the Hotel Navona, is centrally located in the Piazza Navona. 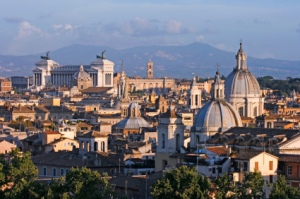 I am sure we will run out of time before we run out of things to see, but we will do our best to see as much as possible. This will be my third trip to Rome, but I still plan to see all of these sights as a first-timer, with wide eyes and an eagerness to learn everything. I plan to take a lot of pictures for future posts so I can share my experiences with you.

So for now, Ciao. I leave on Friday, April 27. Don’t worry, my posts for X, Y, and Z for the rest of April are almost ready to go. Early May will feature some leftover A to Z posts.