Bonnaroo and AARP in The Same Breath? Really?

Would you put Woodstock and AARP in the same sentence?

Most of us AARPers would respond, “Not likely.” 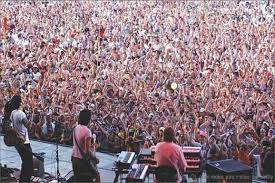 So how is it that Bonnaroo and AARP have come to be, um, best buddies in an old-timey’s rag?

In the June/July 2013 issue of AARP Magazine, David Brill (author of As Far As the Eye Can See: Reflections of an Appalachian Trail Hiker) writes, “It’s Only Rock ‘n’ Roll: Can a multigenerational family find peace, love, and understanding at a 21st-century Woodstock?”

Sounds all Woodstocky, doesn’t it?

Many of us remember the Woodstock days (at least those of us do who receive the AARP magazine in the mail every month or so) as a muddy, chaotic, musical marathon populated by hippies, druggies, nerdies, and naked free-lovers who joined a chaotic musical love fest and left an even more colossal mess afterwards.

The Bonnaroo Music and Arts Festival (“Roo” for those in the know) hits multiple performance stages every June on a 700-acre farm in Manchester, Tennessee, and provides an “amped up blast of what’s new in contemporary music (and mores)” among “a tribe of tattooed celebrants of the counterculture” (almost 80,000 of them) whose friends all seem to have the first name, “Dude” (Brill). Yet some oldies, but goodies, show up, David Brill being one of them. And 70-year-old Paul McCartney is there, too, representing us AARPers, for sure (in a suit and tie, no less.) 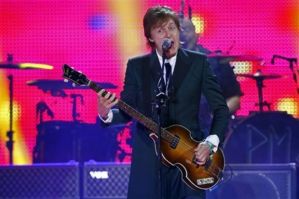 Brill’s ostensible purpose in tripping to Bonnaroo these past few years has been “to serve as a tour guide of the rock scene” to his two lovely, now twentyish daughters, Challen and Logan, and (more honestly) to be seen as one cool, middle-aged dad by the thronging Roo crowds (not you, AARP readers). The result of Brill’s multi-year experiment is an incredible bonding with his daughters. Not a bad outcome, actually.

It’s 2 A.M. and I’m standing on weary legs caked in grime, swaying to String Cheese Incident, a jam band to rival the Grateful Dead. Liters of dried sweat have stiffened my shirt to cardboard, while four days under the Southern sun have baked my skin to carapace.

Brill mentions some of these contemporary bands on the performance roster: String Cheese Incident, Gogol Bordello, Death Cab for Cutie, and Buffalo Springfield. Others listed on the 2013 schedule are ‘Deap Vally,’ The Vaccines, Houndmouth, Ariel Pink, Purity Ring, and many more. 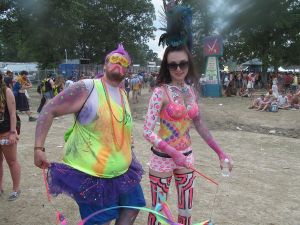 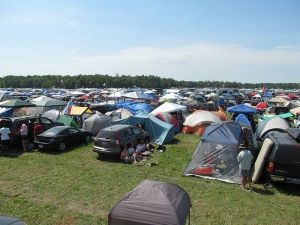 Accommodations for those with only a few nickels in their pockets. 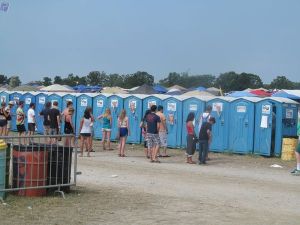 Restrooms on the premises. 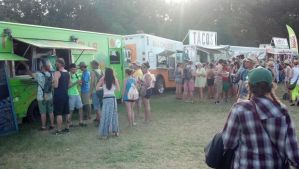 Personally, Bonnaroo is not my cup of tea. In my younger days, I was never in the in-crowd or even the out-crowd, so much as somewhere in the anonymous middle.  I was more a mellow member of the Simon & Garfunkel crowd, you know, “Parsley, Sage, Rosemary, and Thyme” and Peter, Paul, and Mary in such hot music as “Puff the Magic Dragon.”

However, I must admit that I see talent hiding behind the artsy accoutrements and notable nomenclatures of these  contemporary musical groups that would freak out my parents’ generation and even mine. We AARPers might call these musical groups outlandish and maybe even irresponsible, but still there is noisy talent there, talent nonetheless.

Here’s a bit of Bonnaroo for you: Bonnaroo 2013: The Top 7 Onstage (video and photos)

Congrats to AARP for stepping out of the comfort zone and publishing this type of article. We 55+ groupies like variety.

The Last Meow: The Cats Demand the Final Say 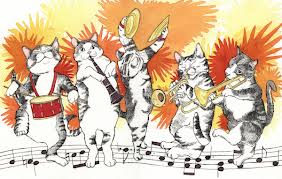 6 thoughts on “Bonnaroo and AARP in The Same Breath? Really?”