Each Friday, the WANA112 group posts a prompt for members to consider. This week’s prompt is a color: Red.

On my desk sits a book, The Red Kimono, by Jan Morrill, featuring an exquisite red kimono on its cover. 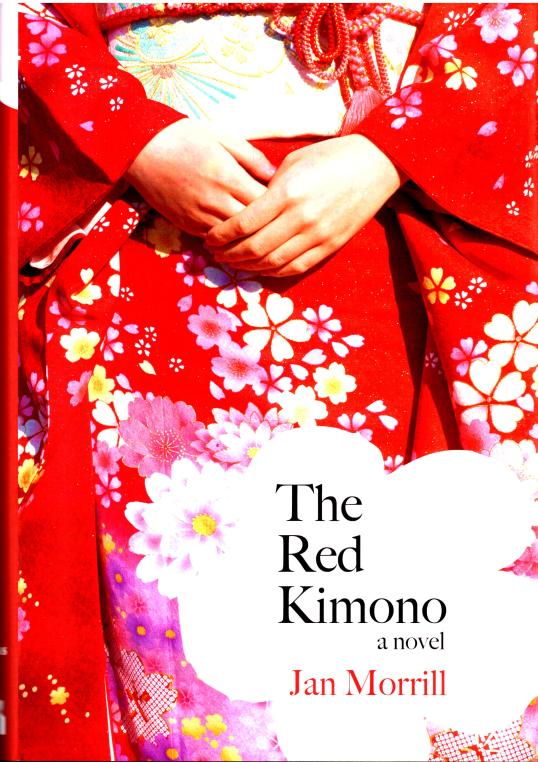 Jan Morrill posted Vlogs (video blogs) of short excerpts from The Red Kimono during a 30-day vlogging challenge in April, and I happened to stumble onto one of them. Her short readings intrigued me, so I bought the book on Amazon.

Japanese Americans, both naturalized and American-born, who have lived in the United States for years, now face intense social and political scrutiny based on the shape of their faces, the slant of their eyes, the language they speak in the privacy of their own homes, and the cultural differences they display. . .  all because of the aggressive actions of a country they’d left years ago.

A Japanese American family living in San Francisco (naturalized parents, American-born children) hear the sobering news report on the radio about the devastation at Pearl Harbor. Papa and Mama instinctively know their lives will change. Nobu (17) and Sachiko (9) gain that same understanding later that day. Harassment and bullying are fast teachers.

An African American family, originally from the deep South, receives news that John Terrence Harris has been killed during the Pearl Harbor attack, leaving 17-year-old Terrence and little sisters, Missy and Patty, fatherless.

Terrence, tormented by grief, vows revenge, gathers two friends to stalk a Japanese man, any Japanese man, and harass him. They find Papa in the park with Sachiko and attack, kicking and punching, leaving him so brutalized that he is hospitalized in a coma.

The story unfolds for Nobu, Sachiko, Mama, and Terrence through alternating chapters. Each person carries burdensome memories, sorrows, emotions, and secrets too painful to voice. Nobu, Sachiko, and Mama struggle to understand their new lives without their beloved Papa in this strange Arkansas internment camp. Terrence struggles with black-white prejudice in jail. The outcomes for each of these casualties far from Pearl Harbor differ, and that is the story.

I enjoyed this book, though its themes are both humbling and haunting: man’s inhumanity to man brings sorrow and disrupted lives. Tragic circumstances combine to create a compelling story, and Morrill weaves it all together in her highly successful first novel.

Here’s how my WANA112 friends have interpreted this prompt: