Fear? Blog Every Day in May, May 7

This is not an evasive answer; it’s the truth: I can’t think of anything that I fear.

Spiders? When I first moved into my new house eight years ago, several large spiders came to visit. Our house is in a newly-developed 55+ community in the sandy pinelands of Southern New Jersey. In an area that once was woodsy, one can expect a few invasive critters. At first, I was horrified at the size of them, but I just yelled for my husband, and he came to the rescue. Ken is My-Heck-of-a-Guy. (Apologies to Leonard Cohen at 1heckofaguy.com.) At this point, it seems as though the spiders have moved back into the nearby woods, and I’m happy about that. 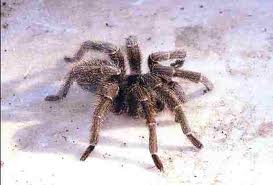 And did you hear about our out-spoken, but lovable, Governor of New Jersey, Mr. Chris Christie? He protected the children of New Jersey from a vicious spider and got a memo from PETA (People for Ethical Treatment of Animals). Read all about it here and watch the full  event here on CNN national news.  Turns out President Obama and Mahmoud Ahmadinejad, President of the Islamic Republic of Iran, did the same thing. It’s all in the CNN news report. That’s what our world leaders do on their jobs, only when they do it, it makes world news. My-Heck-of-a-Guy is jealous!

Heights? True, I don’t like high places. You won’t find me out on the glass platform hanging precariously over the rim of the Grand Canyon. Nor will you find me going up in the new World Trade Center.  And don’t get me too close to the edge of a cliff. I know I will fall right over the side. 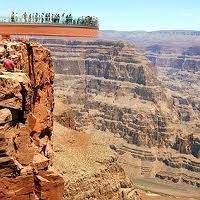 Closed Spaces? You won’t find me going up in the St. Louis Arch, no matter what the viewing reward. I just don’t like enclosed spaces. Claustrophobia? Closed spaces make me feel uncomfortable. (I forgot that one on my May 3 post: “A Few Uncomfortable Things.”)

Speaking to large audiences? I have done that a number of times, and although I was scared witless, I made it through. Public speaking is not my favorite thing, but I have conquered that fear. The secret is to be thoroughly prepared.

But really, what is there to fear in life? I think we all fear the things we can’t control. Losing a spouse or a family member. Getting a major illness like cancer or heart disease. A serious accident. Losing a job.

We can’t control these, but we can’t let fear about these things control us.

For me, my faith keeps me grounded. As a Christian, I believe in eternal life with God. It is hope in this eternal life that keeps me from fear. Other religions bring hope to their believers as well.

Of course, I am not on the frontlines of the war in Afghanistan, in battle areas of Syria and Iraq, or at any other military hot spots. I think I definitely would feel fear there. But I would still have to rely on my faith in those situations. It’s not a que sera sera kind of thing; just a firm belief that our earthly lives are short, and our eternal life is forever. 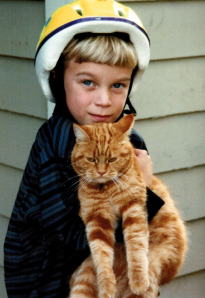 The Last Meow, A Message from A Cat Friend

Put me down. I do not want to ride on that bike. No, I’m not afraid. Do fish ride bicycles? 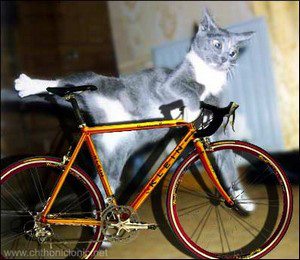 No. Well then, cats shouldn’t ride bicycles either.

Now lookee here. Some smart alec is going show me up by riding a bike. So what? I still don’t want to ride a bike. Put me down, NOW!